Together with our partner rubitec GmbH, we put our jointly developed, new ROBOT200 end station into operation in our implantation area in the RUBION, ion beam department in September 2020.

The assembly and implementation of the beam tube, the end station and the connected components were then carried out in close cooperation with the company tribotec-electronic and our own technical team of the department ion beams/rubitec GmbH. 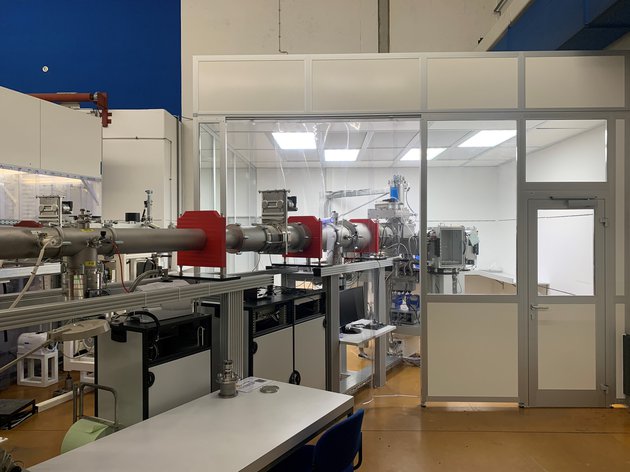 The new end station works with the already known and established system components from our HVEC and ROBOT150 systems, which have been in production for many years.

Here we continue to use the proven scanning of the ion beam for ion implantation with the scanner units (see also HVEC and ROBOT150). As with the HVEC a corner cup system is used for dose measurements. 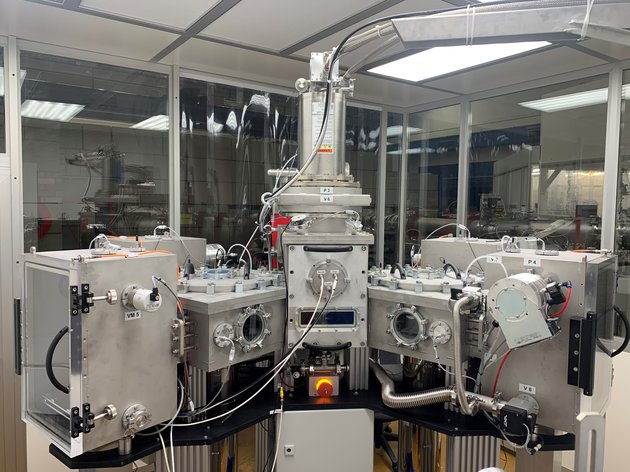 The ROBOT200 system was installed for wafers up to 200mm in diameter. However, it can also accept wafers of other diameters with different holders.

All handling takes place under vacuum conditions. The entire implantation cycle is computerized, fully automated according to a customer-oriented recipe.

One robot chamber each is located to the right and left of the implantation chamber and the two associated elevator chambers. The elevator chambers each contain a carrier that can hold up to 25 wafers.

After implantation, the wafer A is transferred from the Platen station back to the Deposit station.

The robot arm 2 takes over the wafer A from the Deposit station and turns with the completely implanted wafer A to the elevator chambers RE / RF and deposits it there.

During one pair of load lock chambers (e.g. LE-RE) is in operation, the second pair (e.g. LF-RF) can be ventilated, loaded with new, wafer loaded cassette on the loading side and a new empty cassette can be set on the unloading side.

This process is repeated until all wafers have been implanted. 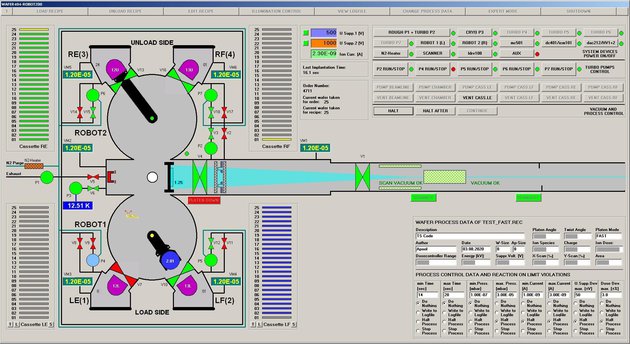 As with our other end stations, the ROBOT200 is also housed in a clean room. If requested by the customer, implantation can be made under Class 100 / ISO Class 5 clean room conditions here.

The first tests for verification and the successful calibration of the system have taken place in close cooperation with our customers from the industry in the third quarter of 2020.

The system is therefore available for implantation with immediate effect!