SICM – High-resolution imaging of the surface of living cells

Scanning Ion Conductance Microscopy (SICM) is a contact-free scanning probe technique that allows to map the surface of a sample in electrolyte solution at room temperature. In SICM, the probe is a glass micro- or nanopipette and the ionic current through the opening of the pipette is used to determine the distance between probe tip and sample.

SICM has been developed by Hasma and colleagues in 1989 [1] and its application to image living cells was introduced by Korchev and colleagues in 1997 [2,3]. It has been used to investigate various cell physiologic questions, some of which are detailed in a publically available review [4]. 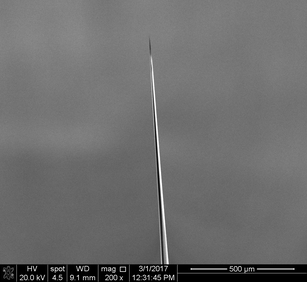 Since the current reduces before physical contact between tip and sample is formed, SICM allows to sense the sample without biasing it. In most applications, a threshold current drop – for example a drop by 1% – is selected that is used to image the sample.

Current-distance relation in SICM. A threshold drop of 1% (resulting in a remaining current of 99%) and the corresponding imaging distance are depicted as dashed lines, 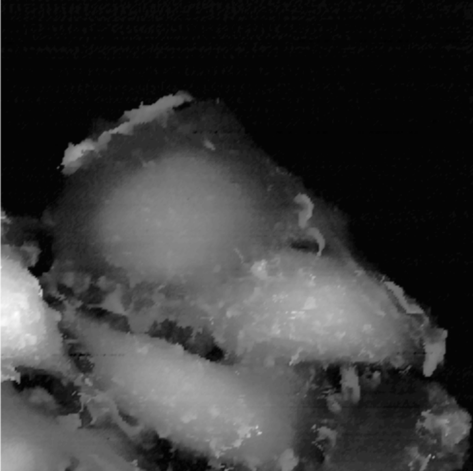 Copyright: The Royal Society of Chemistry. Reproduction covered by the author rights of the license to publish.